Mr. Sotiris Vagianos, who was a fisherman by profession and his wife Diamantoulas were the founders of the restaurant with the distinctive name “Paradise”. The menu at that time was limited but unique. They offered the visitors the fresh fish that were fished from our sea and fresh vegetables from their garden. It is worth noting that it is the second restaurant that was created and operated in the area. The contribution of the historic restaurant to the development of tourism in the area was significant. Visitors mainly from northern Europe built friendly relations with the family of the owners and  after many year of visiting this place ,  the information about it  ,with mouth to mouth it became known throughout Europe that on the island of Rhodes there is an area which called Faliraki and there you will find in the middle of the bay the restaurant of Mr. Sotiris. So every year new visitors arrived at the restaurant looking for the tavern of Mr. Sotiris. Thus fatally in the 70’s the restaurant was renamed “Taverna Sotiris”.

The  Faithful and devotion is the principles all the years it keep high level of gastronomy with Greek cuisine fresh seafood and the highest level in raw materials. In the mid 80’s Mr. Sotiris transferred his restaurant and know-how, but also the beginning of Greek hospitality to his children.

His son Mr. Michalis and his wife Mrs. Anna proudly continued the same recipe. Thousands of visitors from all over Europe have built a friendly relationship of trust and love with them for many years.

At Greek Nights with Michalis and Anna  whose singed for them while at the same time offering them the fullness of Greek Cuisine until 2010, when the Sotiris tavern became the Galazio Restaurant & Beach Bar.

Mr. Michalis and Mrs. Anna with the same love handed over the reins to their son Sotiris Vagianos. In the new period of the business history which is  repeats itself, Sotiris Vagianos the youngest of family , built on the principles of his grandfather and his parents and managed to maintain and increase the reputation of the restaurant. The permanent residents of Rhodes love Galazio and choose it every summer for the main reason that it is not a tourist restaurant but a business with reliability and a high level. So the visitors of the island who now choose a business that the locals prefer to go and feel the Greek summer in an authentic way with the Greeks. The new name is inspired by the endless Blue of the Sea that the visitor sees coming here.

Another key feature is that we are talking about a Family friendly restaurant.

The playground of the restaurant generously gives a smile to the children but also the confidence to parents whose need to enjoy their stay here, covering all the needs of their children.

If your parents or grandparents had been here in the past Holidays in Rhodes ask them about the unforgettable moments they spent with us. Galazio Restaurant & Beach Bar the color of summer in Rhodes. 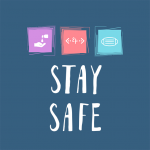 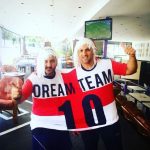 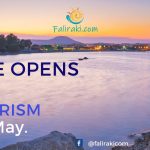