A beach with a long, unique story

In the beginning of the 20th century, the beach served a commercial centre as well as in important strategic point, as it was near all the major areas of the island. It was also famous for its peace and quiet as its natural setting and location were ideal. During WWII, the Italian forces chose Faliraki main beach to make their landing on the island, and for this reason. After the war ended, the Greek military hid there machine gun spots in order to enforce their land defense in the area. Some of them remain to this day and can still be seen along the beach. 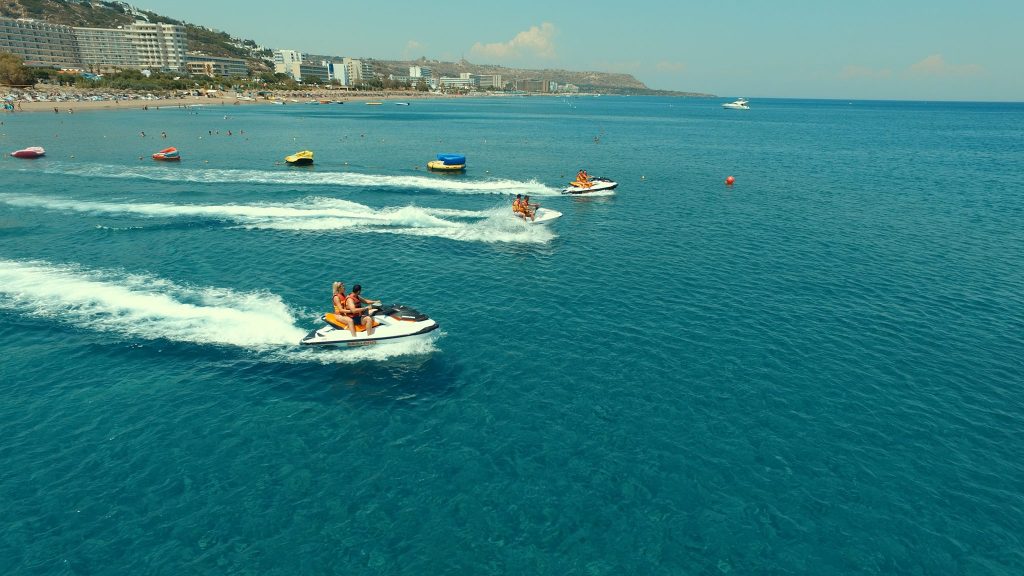 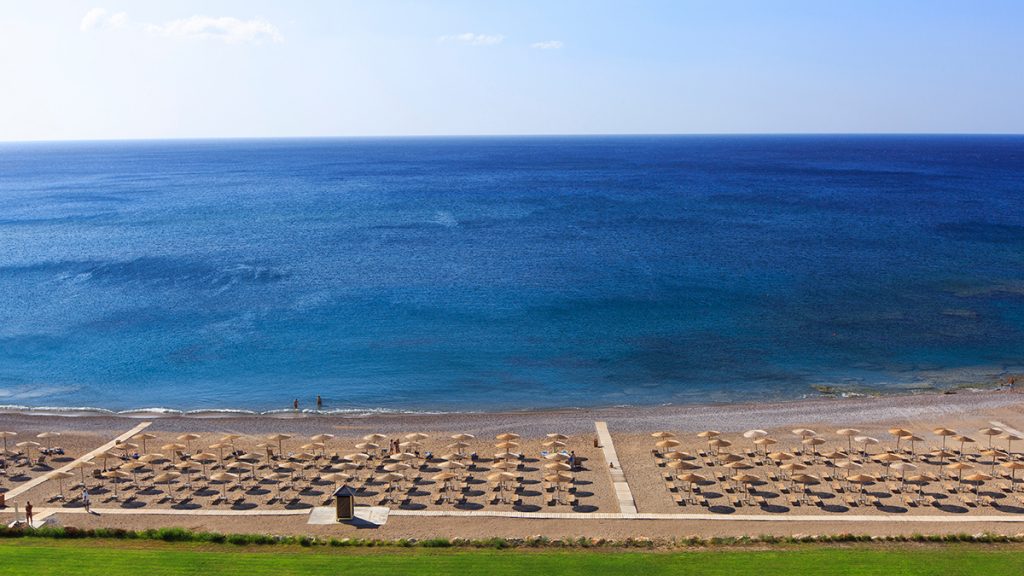 For a lifetime experience

However, there is another story adding to the beach’s interest. The residents of Kalithies village, to which Faliraki belongs, used to bestow their children the lands that belonged to them as dowry, when they reached the age suitable for marriage. The strange thing here is that they used to gift the fields that were near the mountain and closer to the village to those they considered ‘better grooms’ for their daughters. Those fields were easier to cultivate, with better soil, and were thought to be suitable for agriculture.

To the less desirable grooms they gifted parcels of land near the beach, were the soil was sandy and therefore not so good for cultivating crops. As the years passed, however, and since the first tourists arrived at the area, things changed dramatically. The area rose extremely in value and all those who were thought to be ‘lesser bridegrooms’ became landowners in an area which hosts millions of tourists every year. Here the first restaurants and hotel units were built and Faliraki, with its famous golden sand main beach, became the sensational high class tourism destination that it is today.

Faliraki, due to its facilities as well as its beautiful beach, appealed to many famous personalities and celebrities from all around the world who chose it and are still choosing it for their holiday. It is a 5km  long beach with golden sand which proudly features blue flags all along its coast, with clean blue water, organized with sunbeds and umbrellas as well as free spots, with many sea sport facilities, ideal for all visitors. Faliraki main beach is a must for your holiday schedule, as there are many important points of interest and you will need quite some time to explore them all!

Faliraki beach is fully equipped with sunbeds and umbrellas. Average price for sunbeds is € 5 per person. Also, all along the beach you will find all types of seafront resorts – from 5* luxury hotels to boutique suites and luxury apartments. If you want to enjoy a beachfront lunch or dinner, there are many restaurants along the beach offering a great variety of culinary delights.

Faliraki beach is easily accessible for people with disabilities, enabling them to enjoy the warm Greek sun and sea. Access to the beach is easy by any kind of transport. If you are located in Rhodes town, the local (KTEL) buses arrive here every 20 minutes from anywhere on the island and bus stops are about 60 m. from the beach.

There are many recreational activities and water sports facilities all along Faliraki beach. Water sports, yacht charters, parasailing, water bicycles, kayak as well as fishing trips or daily trips to other beaches and beachfront sights 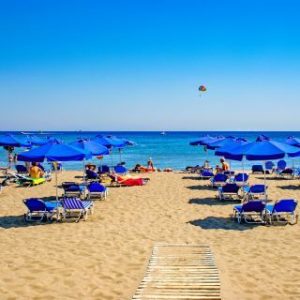 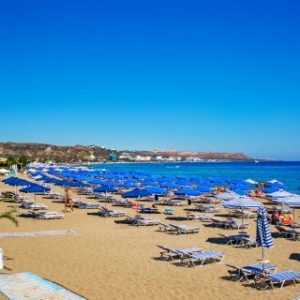 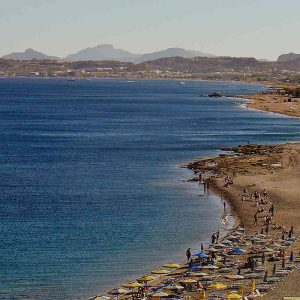 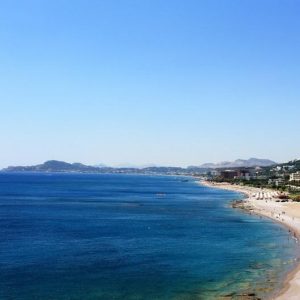 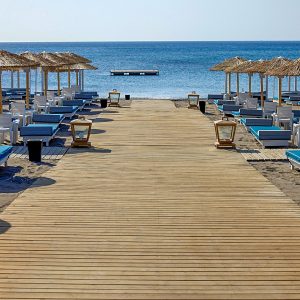 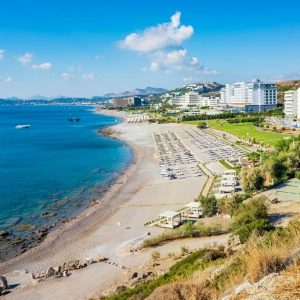 Back to Beaches of Faliraki